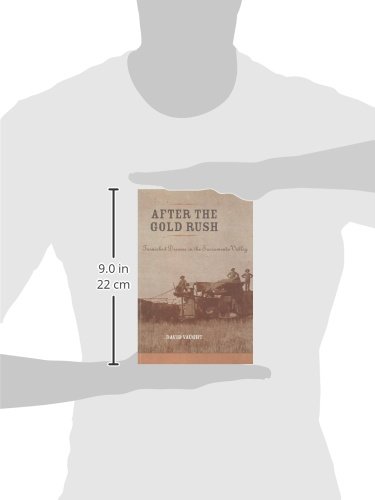 An excellent pathway into the world of rural baseball. Riess - Journal of Social History.

Her writing has also appeared in the Chicago Tribune and Huffington Post. The recipient of fellowships from the American Council of Learned Societies, the American Academy in Berlin, and the John Simon Guggenheim Memorial Foundation, Dailey is currently finishing a book on race, sex, and the civil rights movement from emancipation to the present. Adrienne D. Adrienne Davis is vice provost and the William M. Her scholarship emphasizes the gendered and private law dimensions of American slavery.

She served on the American Historical Association's Littleton-Griswold Prize committee, chairing it for the last two years. Rebecca L.

A historian of twentieth-century American culture, Rebecca L. Davis is an associate professor of history at the University of Delaware with a joint appointment in the women and gender studies department. She is the author of More Perfect Unions: The American Search for Marital Bliss , a history of marriage counseling, social science, religion, and American culture in the twentieth century.

She is currently writing a book about changing view of the self in the twentieth century and editing a collection of essays on the history of heterosexuality in North America. A former postdoctoral fellow at the Center for the Study of Religion at Princeton University, she was a visiting fellow there during the — academic year.

Click here for more information about Rebecca L. Cornelia H. Dayton teaches colonial North American history, gender in the early modern period, and U. Winner of the OAH Merle Curti Award, this work is a study of the Massachusetts practice of warning strangers and the lives of hundreds of ordinary people-on-the-move affected by it.

After Poems By Jane Hirshfield

Engaged for the past decade in exploring how mental and developmental disorders were understood and treated at the family and local levels prior to , she is also investigating poor relief, almshouses, and the lives of African New Englanders. Philip J. Philip Deloria is a professor of history at Harvard University.

His research and teaching focus on the cultural and ideological intersections of Indian and non-Indian worlds. His first book, Playing Indian , traces the tradition of white "Indian play" from the Boston Tea Party to the New Age movement, while his Indians in Unexpected Places examines the ideologies surrounding Indian people in the early twentieth century and the ways Native Americans challenged them through sports, travel, automobility, and film and musical performance.

He co-authored with Alexander Olson American Studies: A User's Guide , which offers a comprehensive treatment of the historiography and methodology of the field of American Studies. Prior to joining the faculty at Harvard, Deloria taught at the University of Colorado and at the University of Michigan where he also served as the associate dean for undergraduate education and directed the American culture and Native American studies programs. Jennifer Delton. She studies the political, racial, and economic history of the United States in the twentieth century, and offers courses on U.

She is currently writing a history of manufacturing in the twentieth-century United States. Her current research examines the early nineteenth-century experience of pregnancy, childbirth, and child-rearing in upper midwestern Ojibwe and missionary cultures. These differences add to our understanding of why the Ojibwe so firmly rejected the practices of the missionaries through to Ojibwe eyes, the missionaries practiced something close to child abuse.

Click here for more information about Catherine Denial. Sarah Deutsch. Sarah Deutsch is a professor of history at Duke University. Her research focuses on gender, racial, and spatial formations from the late nineteenth to the mid-twentieth century. She has published extensively on gender and race relations in the U. West, particularly the Southwest, and on the urban northeast. She is currently at work on a history of the U. West from Tracey Deutsch.

Tracey Deutsch is an associate professor of history at the University of Minnesota and a coeditor of the journal Gender and History. She teaches, researches, and writes in the areas of gender and women's history, consumption, critical food studies, and capitalism. She has also published essays on the uses of women's history and women's labor in contemporary local food discourses. Her current research uses Julia Child's biography to study the emergence of food as a crucial object in middle-class life in the mid-twentieth-century United States.

She is also pursuing research on the history of the abstraction of consumer demand in economic thought. William Deverell. He has written widely on the nineteenth- and twentieth-century history of California and the far West. Click here for more information about William Deverell. Rachel Devlin. Rachel Devlin is an associate professor of history at Rutgers University specializing in the cultural politics of girlhood, sexuality, and race in the postwar United States.

In her most recent book, A Girl Stands at the Door: The Generation of Young Women Who Desegregated America's Schools , she draws on interviews and archival research to tell the stories of the many young women who stood up to enraged protestors, hostile teachers, and hateful white students every day while integrating classrooms. Board of Education.

After the Gold Rush

Bruce J. Koessler Distinguished Faculty Award. Dierenfield is currently collaborating with David Gerber on a book about a U. Supreme Court case involving hearing disability and separation of church and state. In addition, he is researching a biographical study of the Rev. George W. Lee of Mississippi, the first civil rights martyr, who was assassinated in for his voter-registration campaign. Click here for more information about Bruce J. Angela D. Dillard is a professor of Afroamerican and African studies and serves as associate dean for undergraduate education for the College of Literature, Science, and the Arts at the University of Michigan.

She writes and speaks on issues of race and politics on both the left and the right sides of the political spectrum. Multicultural Conservatism in America , a critical study of the rise of political conservatism among African Americans, Latinos, women, and homosexuals. She is currently at work on a book-length study of civil rights conservatism and the interconnections of the postwar civil rights movement and the rise of the New Right.

A Guggenheim Fellow, Diner has also written about other immigrant groups and the contours of their migration and settlement, including a study of Irish immigrant women and of Irish, Italian, and east European Jewish foodways. She is an elected member of both the Society of American Historians and the American Academy of Jewish Research, and lectures widely to scholarly and community audiences on a range of topics. Darren Dochuk. Darren Dochuk is an associate professor of history at the University of Notre Dame. His research and teaching deal primarily with the United States in the long twentieth century, with emphasis on the intersections of religion, politics, and economics, and the rising influence of the American West and Sunbelt Southwest in national life.

Hawley Prize. His current book project, tentatively titled "Anointed With Oil: God and Black Gold in America's Century," is a study of religion and politics in North America's age of oil, to the present. Erika Doss is a professor in the department of American studies at the University of Notre Dame, where she teaches courses in American, modern, and contemporary art and cultural studies. Gregory Evans Dowd. His scholarly interests include the history of the North American Indian East during the colonial, revolutionary, and early national periods.

A former director of the university's Native American studies program and a former chair of the Department of American Culture, he is the author of several books, including, most recently, Groundless: Rumors, Legends, and Hoaxes on the Early American Frontier Gregory Downs. Gregory Downs is an associate professor of history at the University of California, Davis. A specialist in post—Civil War history, he is the author most recently of After Appomattox: Military Occupation and the Ends of War , which considers the use of the U.

Army in occupying the South to create new forms of freedom, and a companion website Mapping Occupation , created with Scott Nesbit. Downs is also the author of Declarations of Dependence: The Long Reconstruction of Popular Politics in the South, and has written on the interaction between the U.